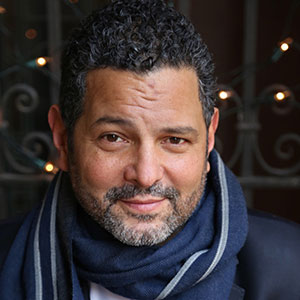 Dinelaris is an Academy Award® and Golden Globe® winning screenwriter for Birdman (or The Unexpected Virtue of Ignorance), a co-producer on the three-time Academy Award® winning film The Revenant and the bookwriter for the Broadway musical On Your Feet! The story of Emilio and Gloria Estefan and the West End musical The Bodyguard.

Dinelaris is the Founder and President of Lexicon, a recently launched development company focused on screenwriters. Lexicon’s mission is to create a home for exceptional writers – from first timers to award winners – supporting, mentoring and protecting their stories, from concept through production. The company’s Script First approach champions skilled narrative storytelling across all genres and content platforms. Dinelaris wrote and will produce Lexicon’s first feature film Jekyll & Hyde, The Musical.

Dinelaris is a New York native, born in Washington Heights.