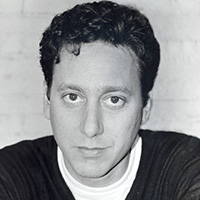 John has handled the sale of over 600 films including NAPOLEON DYNAMITE, LITTLE MISS SUNSHINE, THE KIDS ARE ALRIGHT, PRECIOUS, EXIT THROUGH THE GIFT SHOP, AMY, KNOCK DOWN THE HOUSE, and many of the most iconic independent films of the past 25 years. In addition, he advises a range of corporate entertainment clients across film and television to shape business strategies and support the growth of production, distribution, and marketing capabilities.