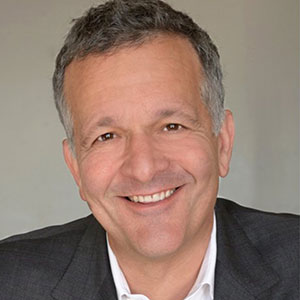 Richard Saperstein is the founder and CEO of Bluestone Entertainment, a production and financing company focused on elevated, mid-budget feature films. Bluestone recently signed a first-look deal with Academy Award® winner Alexander Dinelaris and Rob Quadrino’s Lexicon, and will jointly produce Jekyll & Hyde, adapted by Dinelaris from the worldwide hit stage musical, among other projects. Saperstein is also developing features with Robert Rodriguez at Studio 8; Benedict Cumberbatch at Studio Canal; and Jason Blum and Akiva Goldsman at Universal, among others. Formerly, Saperstein ran or co-ran the production activities for New Line Cinema, Artisan Pictures, and The Weinstein Company’s Dimension Films – three of the most successful independent film studios of the past quarter-century. In addition to overseeing these companies’ production divisions, he served as executive producer on films including Seven, Frequency, John Q, The Punisher, 1408, The Mist, and Sony’s hit Hancock, which he had originally acquired for Artisan. A native of New York, Saperstein attended Wesleyan University and began his career in the film industry as an agent at ICM.