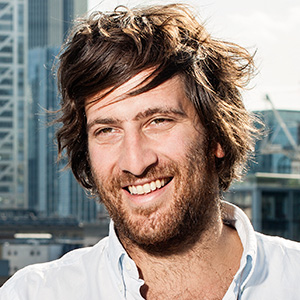 Since launching Pulse Films in 2005 with Marisa Clifford, Benski has led the company’s evolution into a multi-disciplinary, award-winning global studio. He is responsible for the studios worldwide creative and strategic development as well as producing and overseeing all output from the company’s Scripted and Non-Fiction divisions. In March 2016, Vice Media acquired a majority stake in Pulse Films, continuing the company’s rapid growth

Thomas’ credits include the BAFTA nominated American Honey, directed by Andrea Arnold, which won the Jury Prize at Cannes, and Sundance winners The Witch and All These Sleepless Nights. He also produced 2017’s Grierson Award-winning Kingdom of Us and Sundance hit TROPHY.

Benski has enjoyed success producing television formats for many leading global broadcasters including MTV, Sky, HBO, Channel 4, and ITV, with more currently in development and production including the forthcoming GANGS OF LONDON helmed by Gareth Evans (The Raid) for HBO’s Cinemax and Sky.